There is a world of endless possibilities waiting behind every YES!
Skip to content
Loading...
Community Service Projects

YES is working with big number of young people in different regions of Armenia and strongly supports youth led initiatives aimed at bringing changes and improving local communities. We also think green and care much about nature and its resources! 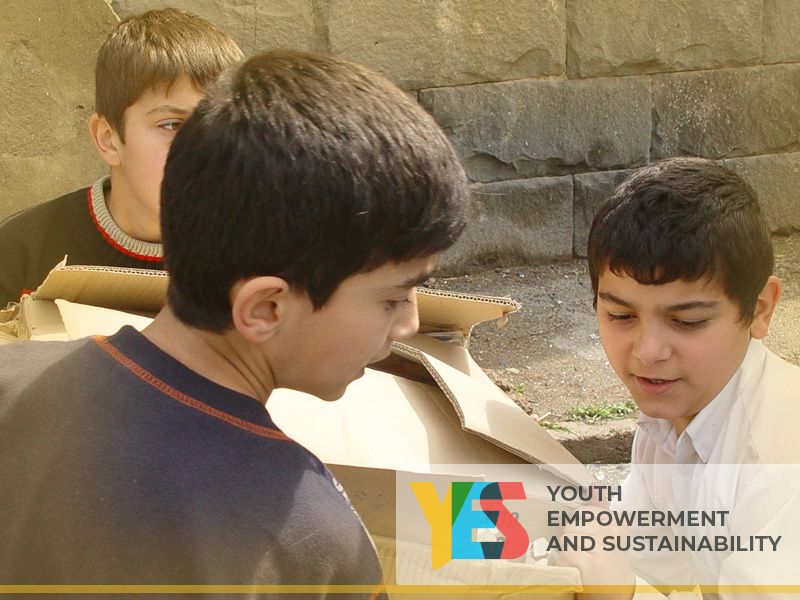 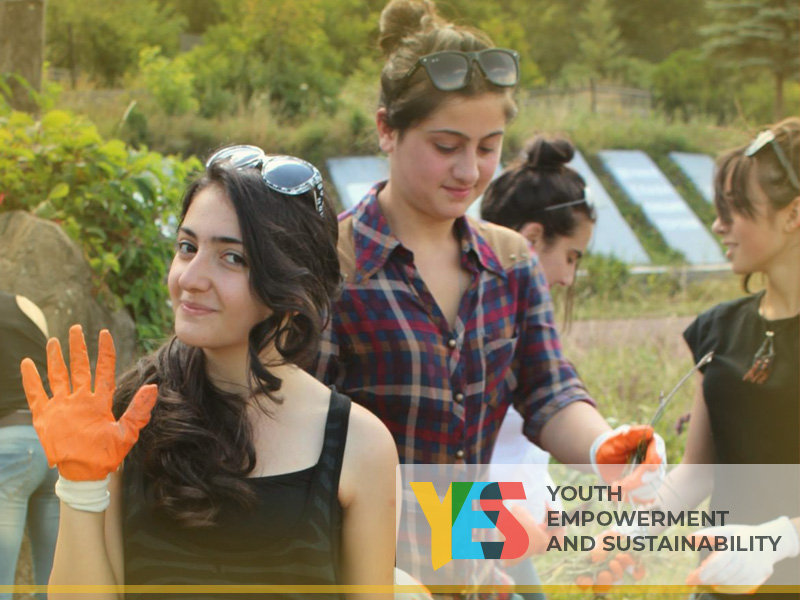 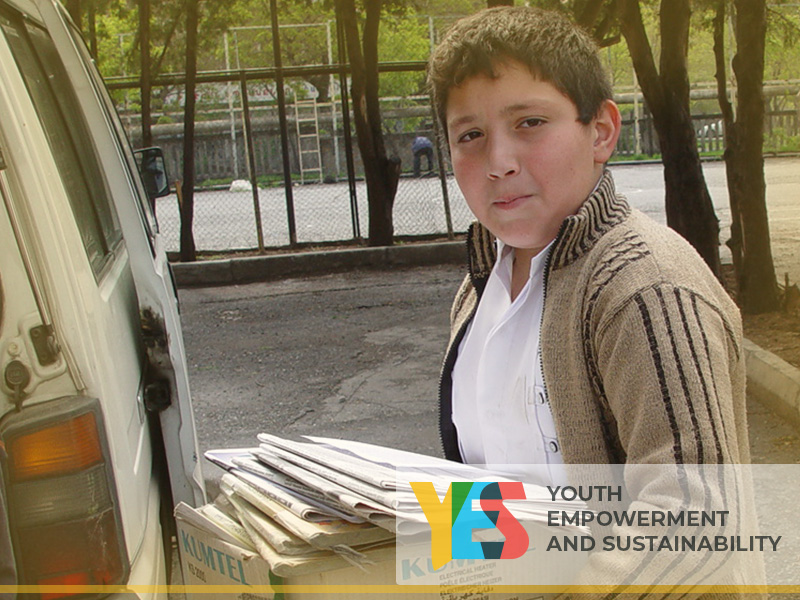 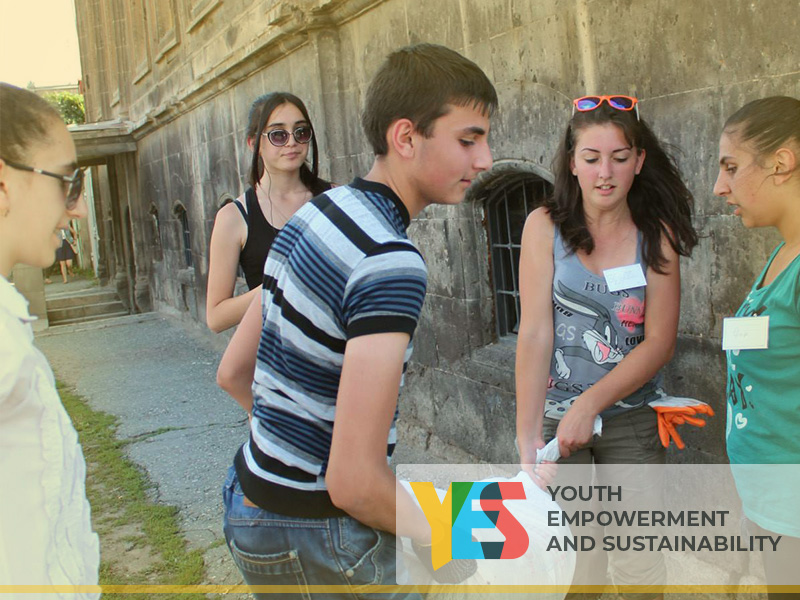 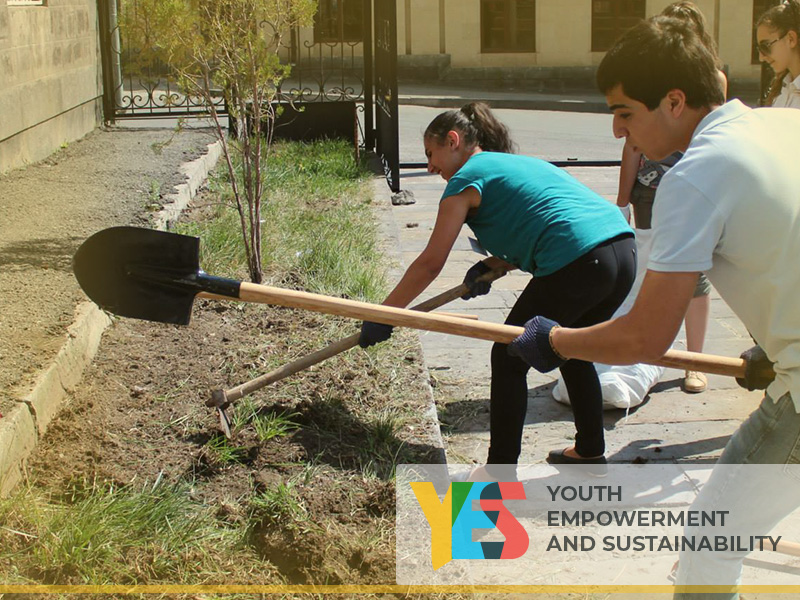 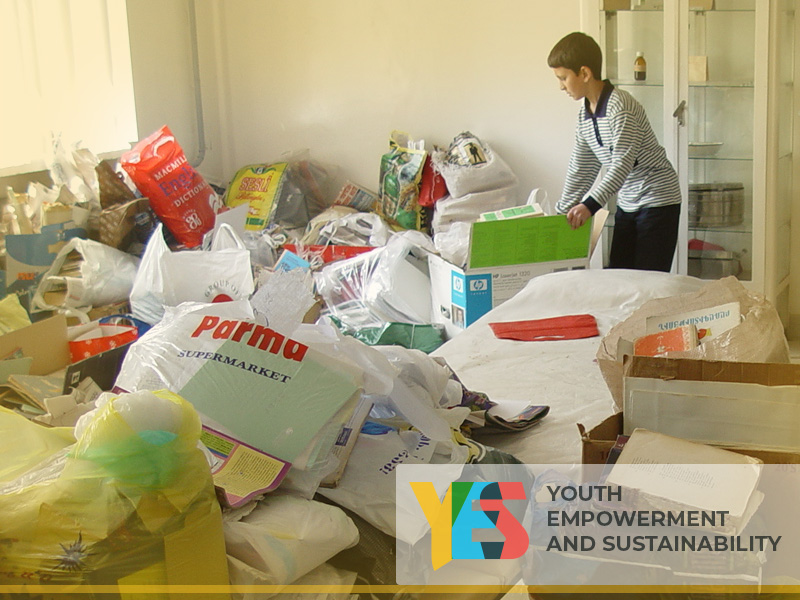 In summer of 2015 the young people from three regions of Armenia – Tavush, Shirak and Lori – initiated, organized and coordinated community projects to clean up the territories around the memorials, museums, and their own schools.
The volunteers in Gyumri, Shirak region decided to improve the area around the landmark museums of the city – house of Armenian poets Avetik Isahakyan and next to it, house of Hovhannes Shiraz. The group of around 20 young people cleaned up the entire territory from weed and prepared it for planting flowers later.
It’s worth mentioning how much appreciation the staff of the museums showed to the project participants for the works done, and mentioned several times, that they could never imagine young people coming and helping them out with daily work.
There was also a funny episode, when a 10-year old boy living next to the museums saw others working and simply joined them saying how much he loves working and wants to work, but there are no young people to join him.

Similar activities were initiated in Dilijan, Tavush region, where the young people went to clean up the area of the World War II memorial. Some of the project participants in Dilijan learned about the volunteering opportunity from their friends and simply decided to join them. Everybody was so inspired and eager to do something great for their city that they started using not only the hoes and garden forks, but also some construction tools they were able to find at their school.

Different type of activity was initiated by the volunteers in Vanadzor, Lori region, who decided to collect the paper for recycling from the people living in their school neighbourhood, take it to the factory and for the cash received in return to get books and school kits for the elementary school students from socially vulnerable families. Overall in one week the group of 16 young people was able to collect over 2 tons of paper.

The project was fully funded by HasNa Inc.

As long as poverty, injustice & inequality persist, none of us can truly rest. It doesn’t take much to change a life, Get in touch today and start making the difference.